There are many books that provide an insight into life and periods of time better than history books.  Two come to mind immediately, Burmese Days by George Orwell and The Quiet American by Graham Greene.  Herman Melville wrote movingly and effectively about life on ship as well as the impact of the West on South Pacific islands in Typee.  Moby Dick explores life on board on whaling ship creating and capturing in fiction a microcosm of life.


Just finished reading Geronimo's autobiography and he appears to have fought injustice most of his life until he surrendered and was a prisoner of war on a reservation.

Combining experience with creativity is a challenge but when you embark on a writing journey where the less than admirable are the majority it is time to question not the majority but the underpinnings of culture and its ethics.  Free will exercised within the confines of a particular culture, ethics and bias leads to a framework sometimes of deception practiced even possibly by the majority.

One example comes to mind is H.G. Well's The Time Machine where the Eloi think alike to their detriment.

Herman Melville's autobiographical book Typee portrays a world on ship that required him to jump ship and escape its unbearable conditions:

"The usage on board of her was tyrannical; the sick had been inhumanly neglected; the provisions had been doled out in scanty allowance; and her cruises were unreasonably protracted. The captain was the author of the abuses; it was in vain to think that he would either remedy them, or alter his conduct, which was arbitrary and violent in the extreme. His prompt reply to all complaints and remonstrances was--the butt-end of a handspike, so convincingly administered as effectually to silence the aggrieved party."

George Orwell's Burmese Days, a great book, seems shunned, for the protagonist commits suicide and the portrayal of colonialism is corrosive and unappealing.  The world of 1984 with an omnipresent state usurping all power and control may have been more prescient than many would like, although for those in political power there appear no reservations, no limits to the power of the state, for power and wealth or money are inextricably united.  Does this mean the application of the democracy and republic is flawed?

Published Links: Stories, Articles and Commentaries on our era of national mendacity with continuous precedence often in the law, e.g. creating the rise of permanent wars through misrepresentation and falsehoods and conflating a massive crime of 9/11 into GWOT exhausting the wealth of the nation as well as leading country into decline and incentivizing blowback again and again.

The author has lived in Thailand and Iran which are the locations of the novel Land of the Tuk-Tuk. Fiction is sometimes dismissed as inaccurate reality, however, it may sometimes reveal what historians and others have overlooked. It is a novel infused with our world in an age where many seek vampires and aliens in outer space. The novel Land of the Tuk-Tuk is a journey here on earth that may be useful for some. 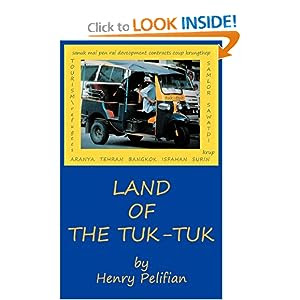 Land of the Tuk-Tuk


"If a man walks in the woods for love of them half of each day, he is in danger of being regarded as a loafer; but if he spends his whole day a speculator, shearing off those woods and making earth bald before her time, he is esteemed an industrious and enterprising citizen." Henry David Thoreau from Life Without Principle.

Why would the national political leadership allow mortgages to become a financial product called credit default swaps that would endanger the fiscal health of the nation?


The American people need a wake up call of information on their country so they can move forward as a country in prosperity, peace and in a more sustainable way so that the earth itself and its environment take precedence-something the American Indian and many other native peoples have known. Our foreign wars in Iraq and Afghanistan have been instigated not with deliberation but with aberration.


What do people write? What kind of a world has been created and by whom? We have all created the kind of environment we inhabit. In my view the writer is to explore accurately the kind of world we have through experience and imagination. Graham Greene said that for him there were two kinds of writing: literary or serious and entertainments. Is it possible to combine the two? Or does entertainments refer only the frivolous and enjoyable, like card tricks and magicians' antics?

George Orwell wrote that early in life he "noticed that no event is ever correctly reported in a newspaper." He also wrote that "anyone who challenges the prevailing orthodoxy finds himself silenced with surprising effectiveness." Also he wrote, "If liberty means anything at all, it means the right to tell people what they do not want to hear." A final quote from Orwell also rings true, "To see what is in front of one's nose is a constant struggle."

So that struggle to see what is in front of one's large or small nose is among the most worthwhile goals for writing. 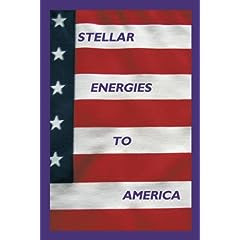 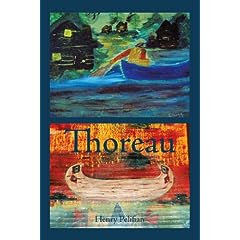 The play Thoreau is creatively based on the life, works and words of Henry David Thoreau. The play accurately depicts Thoreau life by telescoping portions of his life in one summer. All of Thoreau's works were read as well as several biographies to write this play. Why publish a three act play you might ask. Because Thoreau's work, his writings, have pinpointed as well as clarified our world, our government and the importance of our environment. His work, therefore, is timeless and applicable to all ages.

Some of the six stories in Stellar Energies To America written as fiction are based on experience like the Vietnam War novella A Final Quietus while two stories, Animal Park (first published by Swans and can be read at my Links minus the two Emily Dickinson poems on robins that I quote before the story begins) and The Man Who Became a Box are fantasies. The two Emily Dickinson poems are included in the Fictionaut posting of the story Animal Park, Parts I & II.

However, in the story Animal Park a robin was witnessed by the author to be looking at herself repeatedly in car door mirrors. For several days in a row this robin flew to an unoccupied parked car to gaze at herself in the mirror, landing on the crevice of the window on the driver's side of the car and then flying to the opposite car door mirror. The robin became Molly. A man becoming a box is a fantasy, but in our dreams all things are possible.

Why not write those stories based on fact and experience as non-fiction you might ask. Sometimes facts alone are insufficient to highlight and bring alive the reality of the world. The citizens of a country need a perspective that encompasses a fuller picture of their country and their countrymen, not a partial and insular version.

A superpower that stumbles is inevitably led by stumblers who make mistakes and blunders with the footprint of the American people.

My experience is in both public and private sectors in Thailand, Malaysia and Iran. I served in the U.S. Army in Vietnam and was a Peace Corps volunteer in Thailand. MBA in International Management from Thunderbird School of Global Management in Arizona (formerly Garvin for a brief time), B.A. in English/ Drama and Education from SUNY at Geneseo. My parents escaped the genocide of Armenians in Turkey. My mother's family departed Constantinople, Turkey and went to France. My father was born in Sivas, Turkey and as a young boy he was taken in the desert along with other Armenians to die of thirst and hunger. His job was to remove the dead in a cart and bury the dead with a group of child gravediggers. After he buried his grandmother he escaped that night. My mother's parents (Attanasian) and two brothers in their twenties lived in France during World War II and were killed in the war. Some writings: A Final Quietus (Vietnam war), Land of the Tuk-Tuk (U.S. Refugee Program-Thailand & Logging) and Stellar Energies To America (collection of connected short stories includes A Final Quietus) and Thoreau, a three act play.